DEMEC SELECTS KIMBERLY A. SCHLICHTING AS NEW PRESIDENT AND CEO 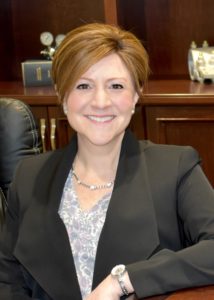 Smyrna, Delaware – Delaware Municipal Electric Corporation, Inc.’s (DEMEC) Board of Directors is pleased to announce that Kimberly A. Schlichting has been named as DEMEC’s new President and CEO.

Kimberly will be the first woman to lead the nonprofit corporation, which owns and operates electric facilities that provide generation and distribution of electric power and energy to eight municipal electric utility members in Delaware and operates with a $150 million budget.

“In anticipation of Patrick McCullar’s departure, the DEMEC Board undertook a CEO succession planning process, which resulted in the unanimous selection of long-time COO Kimberly Schlichting,” said Board Chair Morris Deputy. “Kimberly’s ongoing commitment to our members, her eighteen years of experience with the company and the respect she has earned among her peers across the industry made it clear to us that she is the right choice to lead DEMEC into the future.”

“My career focus and dedication has been to advocate and support public power’s business model with its many benefits to our member communities, while identifying innovative ways for DEMEC to evolve and grow with emerging industry changes,” said Schlichting. “I have sincerely enjoyed and appreciated Patrick’s mentorship and leadership over the last two decades, and I am truly honored for the opportunity to lead DEMEC’s continued growth and value into the future.”

Kimberly is known and respected industry wide, serving on the American Public Power Association (APPA) Board of Directors and as a member of their Executive Committee.  She also serves as the alternate trustee on the American Municipal Power (AMP) Board of Trustees and serves as the Delaware Network Coordinator for the APPA Mutual Aid Working Group. Kimberly holds an MBA degree from Delaware State University.

Kimberly will assume her new role on October 16th, 2021. Mr. McCullar will remain under contract with DEMEC as a consultant to assist with the transition.