DEMEC is very proud to have helped the City of Newark develop The McKees Solar Park Community Solar project which only stands to increase the vast amount of renewables already located within DEMEC Member territories.

Systems located in our member territories represent a majority of the solar installed in Delaware.  This becomes an even more striking fact when you consider DEMEC municipal service territories make up less than 15% of electric service in the entire State of Delaware.

DEMEC members were recently acknowledged as national leaders in renewable energy.  Over the summer the national trade organization Solar Energy Power Association ranked the Cities of Milford and Dover the #1 and #7 in the nation respectively with regard to Cumulative Watts per Customer.  The City of Lewes was also recognized as being a top 10 Public Power Utility for the number of systems installed per capita.

In the past few weeks DEMEC was announced as a finalist for SEPA Public Power Utility of the Year for conceiving one of the most unique and innovative community solar programs in the country. That program was considered, and adopted by the Newark City Council for the benefits of its residents.

The Newark Community Solar Program is most important because it widens access to solar energy. Participants have three program options that increase access and support for solar.

The Newark Community Solar Participation Program is the first program nationally that makes promoting efficiency a first priority before renewables.  Before this project if you wanted solar your options were limited if:

This program solves all these problems and fills in the long lasting doughnut hole that excluded eager solar interested customers that want to do their part to support a cleaner environment.

Please go to the City of Newark’s Website to find out more about how you can be part of this project. 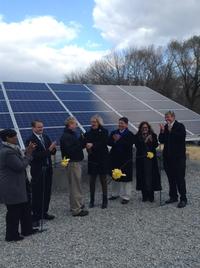 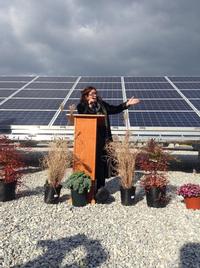 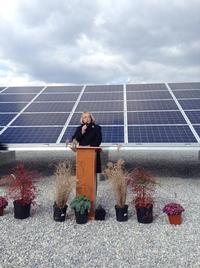 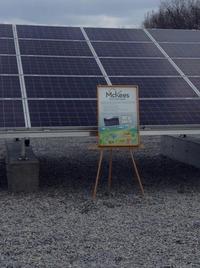