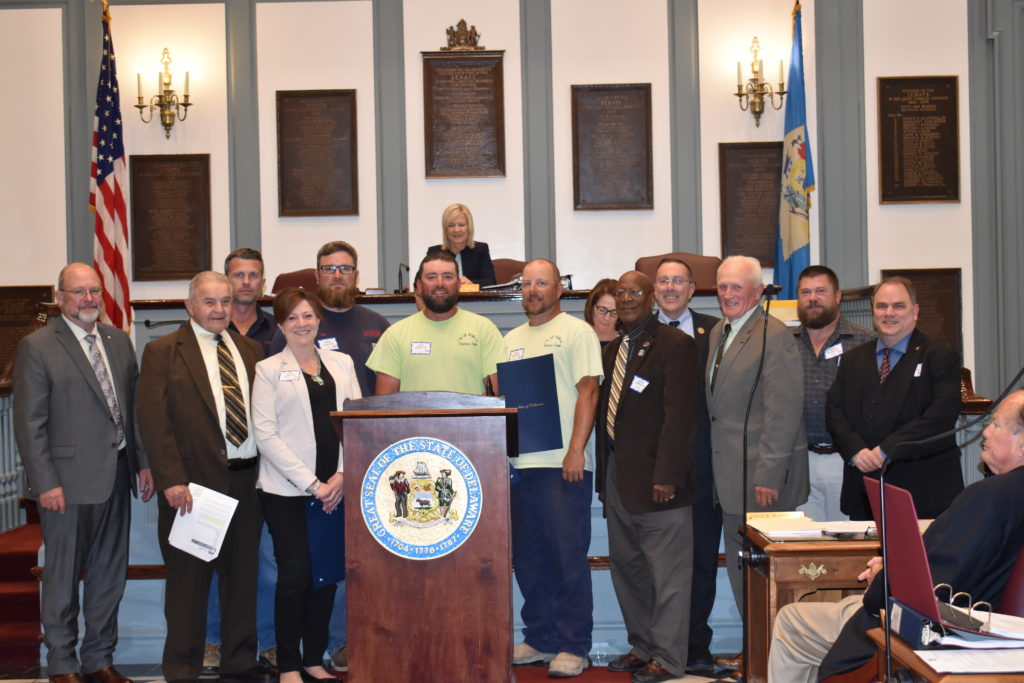 The DEMEC Crew from the #LightUpNavajo initiative received tributes from their local legislators and recognition in front of the House and Senate Chambers for their work to bring power to more people in the Navajo Nation. DEMEC volunteers included: DEMEC COO-SVP Power Supply, Kimberly Schlichting; Town of Smyrna Linemen, Joshua Little and Zack Nellams; and City of Milford Linemen, Gary Johnston and Rob Palladino. DEMEC is proud to serve the nine cities and towns in the great state of Delaware that have community-owned electric utilities, and represent them alongside over 20 other public power utilities from across the country in this project. By the end of the six week project, over 200 homes were connected to the electric grid for the very first time. It was an honor working with the Navajo Tribal Utility Authority electric crew and the American Public Power Association on this initiative. 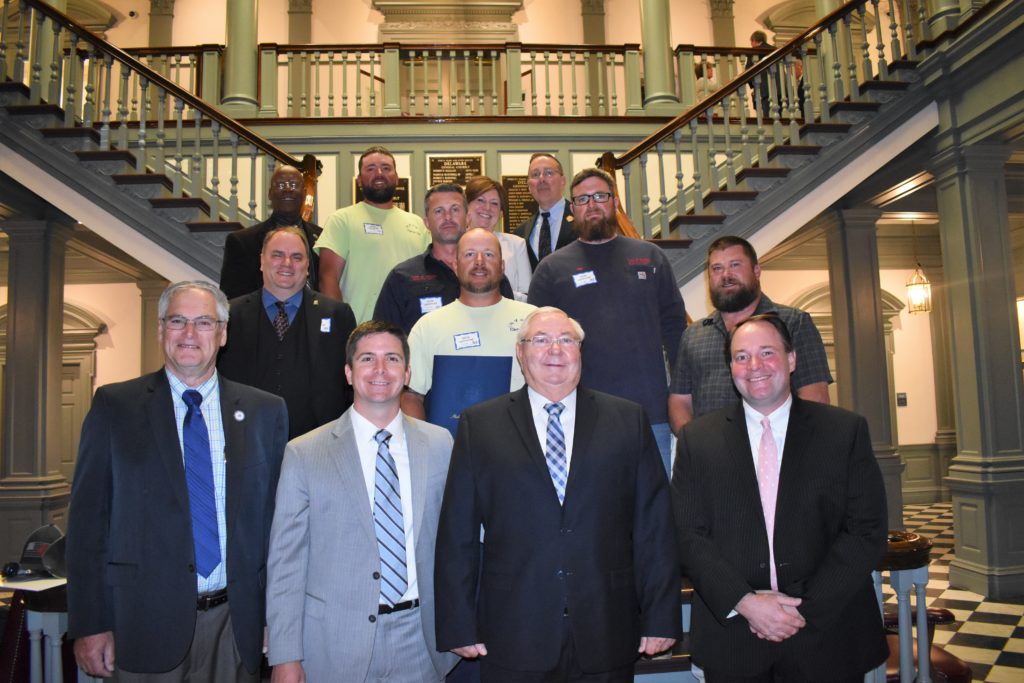